About Us / The Cornish Pumphouse 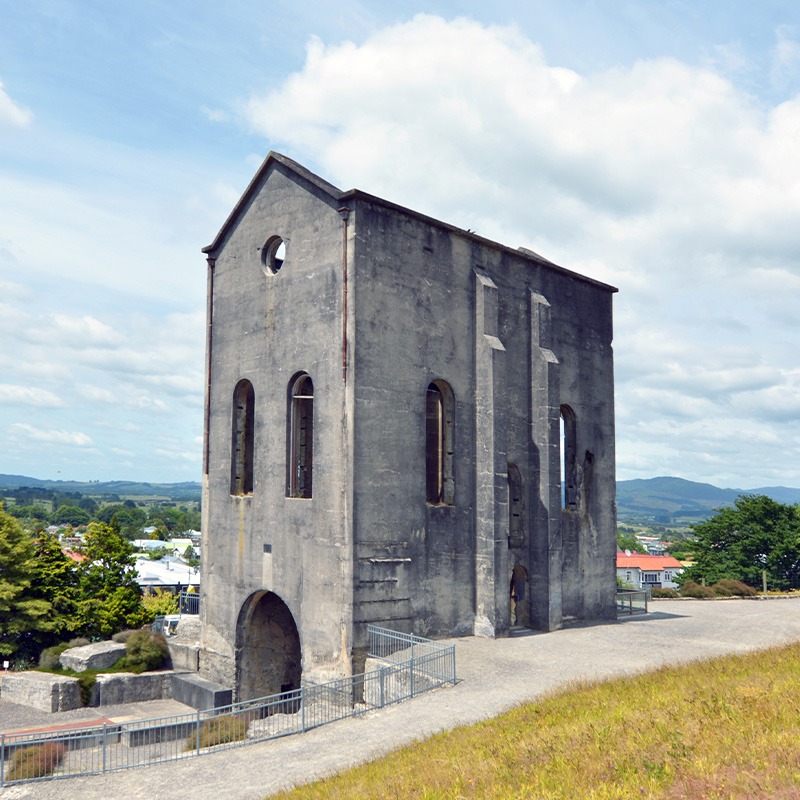 The Cornish Pumphouse is a relic of the original mine in Waihi - the richest gold mine in New Zealand (1878-1952).

Built around 1904, from a design used in the tin mines of Cornwall, England, the structure housed steam engines and pumping machinery. The pumps were needed to cope with the ever increasing quantities of water as the mine workings followed the gold-bearing quartz reefs to a final depth of 600 metres.

Constructed by Hathorn-Davey, the horizontal Cornish pump was the pride of the New Zealand mining industry. The pump had a stroke of 4 metres and continuously dewatered the mine workings at a rate of 7000 litres per minute via No 5 shaft, which was situated adjacent. No 5 shaft had a depth of 399 metres.

The pump was used until 1913 when the Waihi Gold Mining Company completed the first hydro electric power station on the Waikato River at Horahora (now below the waters of Lake Karapiro). The power was brought 80 kilometres to the mine on wires supported by 469 steel towers. Electric centrifugal pumps deep in the mine were then used for dewatering.

The pumphouse was kept in working order until 1929 as the miners did not trust electricity. By the early 1930s the building was stripped of machinery and left derelict as the mine continued to operate.

In 1987 the area was fenced for public safety. The Company carried out planting in the area, and provided an access track and a viewing platform overlooking the open pit.

In December 2001 following subsidence in Barry Road and the subsequent release of the Institute of Geological and Nuclear Science report on subsidence hazards in the area, an area of land that included the pumphouse was fenced off from public access.