NOTE: This event is dated in the PAST. Upcoming dates will be posted once confirmed. 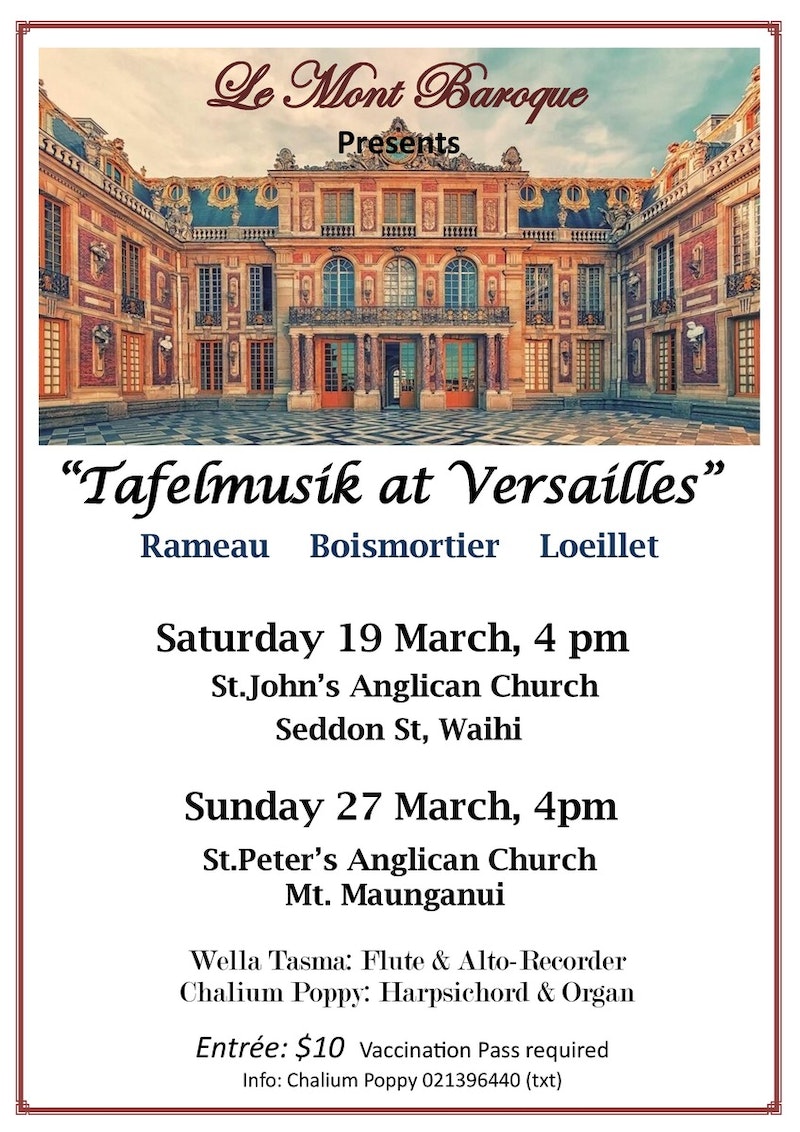 Wella Tasma is a professional flute player from Waihi. She studied at the Conservatorium of Enschede in The Netherlands. Since 2004, Wella has been the Musical Director of the Waihi Women’s Choir, which she finds nurturing for the soul. Making music with Chalium since 2014 has provided Wella with a further opportunity to make the world a better place with uplifting musical vibrations.

Chalium Poppy is no stranger to the concert stage as a chamber musician, singer, and conductor of the critically-acclaimed Scholars Baroque Aotearoa chamber choir. He is currently the Organist and Choirmaster of St. Peter’s Anglican Church in Mount Maunganui and enjoys collaborative opportunities with other New Zealand artists, like Wella, to indulge his love of early music.

“Tafelmusik at Versailles” explores music of the French and German Baroque. Most of the music on the programme explores the works of great French 18th century composers such as Boismortier, Loeillet, and Rameau. The programme will also feature a curious sonata by the lesser-known German composer, Gottfried Finger. Poppy will also spend a moment or two speaking on the significance of the music of the French baroque, its influences, as well as providing some biographical context to each composer.

« Back to Upcoming Events

If you have an upcoming event that you would like to tell the community about, please contact GO Waihi.