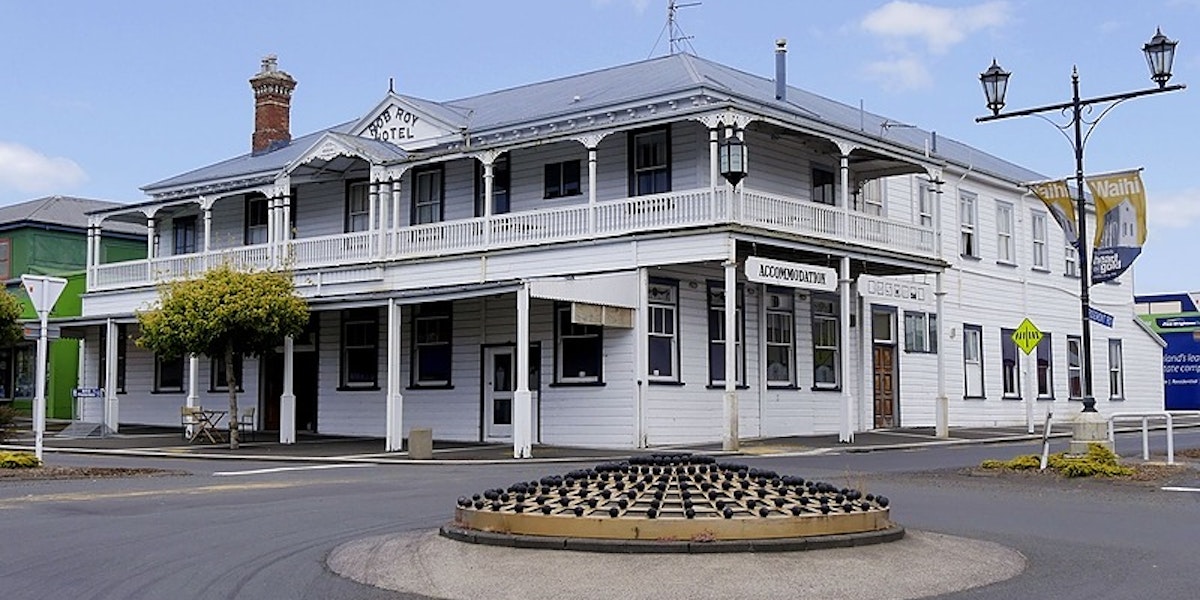 The iconic Rob Roy Hotel has stood proudly on the corner of the prominent Seddon Street (Waihi) roundabout for more than a century. In fact, 2021 sees the building celebrate 125 years.

Owner Kevin calls her home, and he has been diligently working away restoring his passion project for the past 21 years. It’s quite common to see him perched atop a ladder in his blue overalls, as he does a good deal of the work himself.

If you have visited Waihi recently, you may have noticed a gradual return to the original paint colours on the building facade. Originally understood to have been a very light green with a darker forest green trim, the layers of old paint have been stripped back to reveal that although the building has been light coloured for a good many years, a brown burgundy/peachy beige combo was likely the first colour. Work is now well underway and on track to be complete before summers’ end.

Built in 1896 by Thames man .Mr John Flett, the two storey Victorian era Hotel is one of the oldest buildings standing in Waihi, although it was not the first pub in town. It originally contained as many as 60 rooms, including 40 bedrooms which were let out as a boarding house during prohibition.

Rumours that the upper level of the building is haunted have circulated over the years, to Kevins amusement. “They’re mischief makers, and pranksters” he chuckles. “But I think they might approve of what I am doing here, they haven’t bothered me for years now.”

If you’d like to learn more about the Rob Roy Hotel, you can read more here: http://www.ohinemuri.org.nz/…/1483-rob-roy-hotel-waihi

if you are a business located in or service the Waihi or Waihi Beach area you can get your business listed with us.