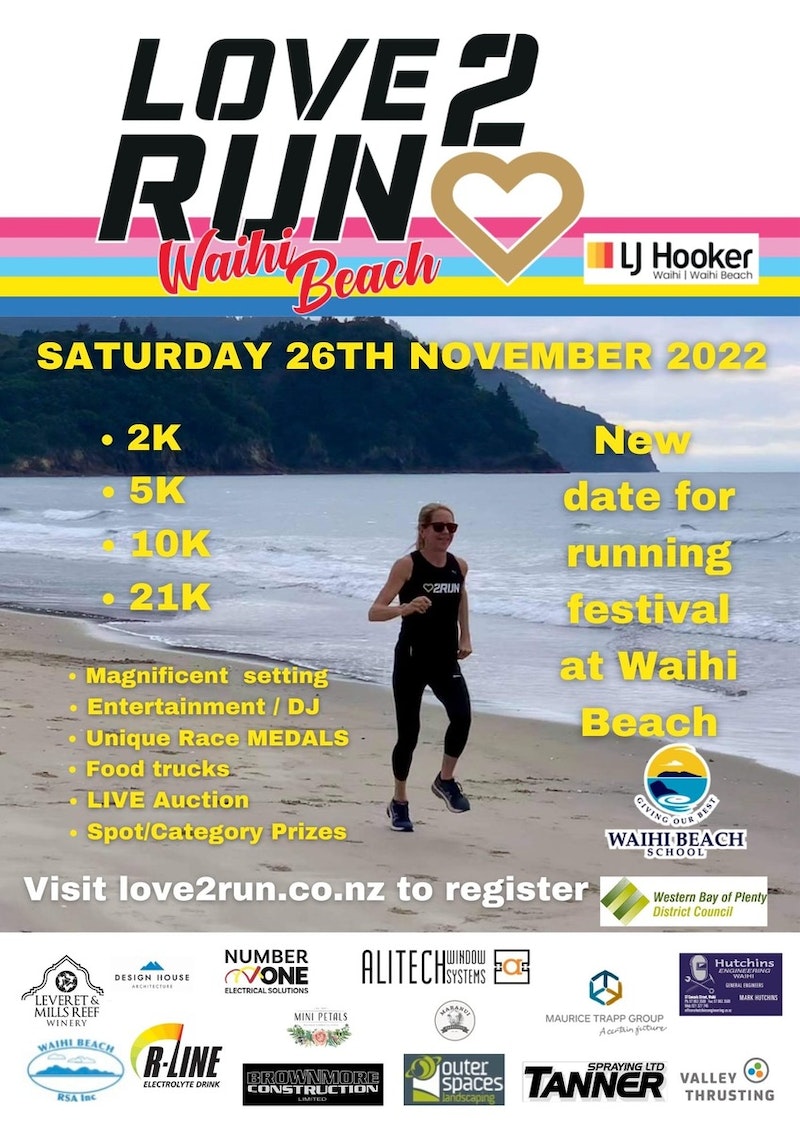 The different distances take in varied terrain with the 2km & 5km based around Brighton Reserve and the beach itself whereas 10km and 21km routes head up to the reservoir loop before heading out towards Island View reserve and Bowentown. All the routes finish with a number of km’s on Waihi Beach itself before heading back in the race finishing line at Brighton Reserve where runners will be welcomed by a festival atmosphere.

The 2km race is aimed at the younger athletes and is based on or around the beach itself.

The 5km race starts at Brighton Reserve heading out on the paths parallel with the beach before cutting onto the beach and turning up towards the Surf club at North Waihi.

The 10km & 21km routes are aimed to challenge participants with the distance and showcase Waihi Beach and its varied terrain and scenery, both of these routes head up to the Reservoir loop to start and then finish along the beach. The 21km turnaround is at Bowentown, there will be a number of Aid stations on route that will be manned by different community groups/businesses.

« Back to Upcoming Events

If you have an upcoming event that you would like to tell the community about, please contact GO Waihi.